The Psychology Behind Dark Science Fiction and Horror…

… well, I was asked yesterday and thought it was an interesting question.

The borders between horror and science fiction can seem a little hazy.

Typically, the works of Arthur C Clarke and HG Wells are not considered alongside those of Stephen King, H.P. Lovecraft, and Shirley Jackson. If you ventured into a bookshop you would not expect to see them standing together as shelf buddies. And that is because they belong to two completely different worlds.

Do they have more in common than people give them credit for?

For anyone who has seen the film Alien (and the sequel, Aliens) there is still an ongoing debate as to whether we are watching a horror movie or a science fiction film:

But my horror friends would argue…

So, who is right?

They both are. Alien would fit quite nicely into a sub-genre called ‘Dark Sci-Fi’ or ‘Sci-Fi- Horror.’

Dark Sci-Fi is where technology and horror meet, often with cataclysmic results. One of the main themes in Mary Shelley’s classic horror novel ‘Frankenstein’ was the danger inherent in knowledge and where the tireless pursuit of it can lead.

The trouble is humans are not androids – with knowledge comes greed and a greater lust for power and control. That has never changed and is probably why the works of William Shakespeare are still relevant today. He frequently spoke of human fallacies and their destructive emotions.

I’m pretty sure you could take any popular horror movie, replace some elements with technological equivalents and you would have the makings of a dark Sci-Fi novel or a Sci-Fi Horror story:

Take ‘A Nightmare on Elm Street’ reimagined, but without the supernatural element. Instead it was some form of technology that enabled Freddie Kruger to enter the dream realm of his soon to be victims.

As a writer I often consider these possibilities and take them to what I believe what would be their natural conclusion. That is what inspired my current Kindle and Audiobook Series ‘The Black Water Journals.’

A shameless plug? Maybe, but the point still stands. It is set in the future and explores what could happen when technology and human greed exponentially grow and co-exist, and what that would mean for the rest of us.

So, what kind of person chooses to read or watch Dark Sci-Fi?

Now, if you have read this far, the chances are you fall into one of three categories:

If you picked option three, then you are a sci-fi geek at heart, but have yet to realise and embrace it.

If you call yourself a science fiction enthusiast, then psychologists have very publicly stated that you are seeking some form of escape from your current situation and have even called you (and therefore me) mentally disturbed.  However, if we look at the amount of self-help books and similar tv shows out there I can safely say that very few people are without psychological problems.

I’d go further than this – the ferocious curiosity that sci-fi fans have, probably mean that we are more willing and able to find the reasons why we act and think the way we do.

Science fiction geeks are also visionaries. They imagine the future and the authors of such, write about it. Did you know the trainers and hover board in ‘Back to the Future’ have actually been developed??

Now let’s combine those personality traits with those of a horror fan and see how much you can relate:

Watching a scary movie of reading a dark suspenseful book gives you what is known as a safe scare. A controlled rush of endorphins and a sense of accomplishment having emotionally survived a ‘life threatening’ situation.

Psychologists tend to disagree with the popular consensus that those who like to read horror novels or watch horror movies are more likely to commit horrific acts themselves. It is in fact, quite the opposite. Through not hiding their emotions and being open to accept and experience those darker sides of their personality (instead of shamefully sweeping under the metaphorical rug), they are more balanced in life and more likely to sustain happy and fruitful relationships both with themselves and with others.

Okay, now for the ultimate test. If you find yourself relating to the following statement then the chances are you belong, or could belong to the exclusive dark sci-fi family:

How did you do? 4/4 and I’ll see you round my place later for a day of Stephen King, H.G Wells and of course, the Alien movies and audiobooks.

Thanks for reading. I’d love to hear your opinions in the comments section below.

And, if you are now a happily confirmed member of the dark sci-fi / sci-fi horror family, then please accept a completely FREE series available on Kindle and Audiobook:

Journey into the world of Dark Science Fiction with John Melek, A 300-year-old man whose dormant memories may hold the key to the survival of the human race. 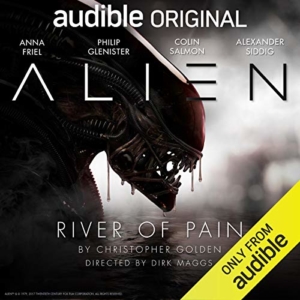 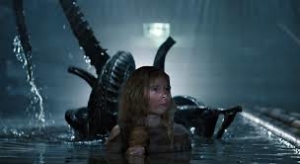 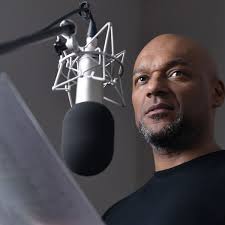 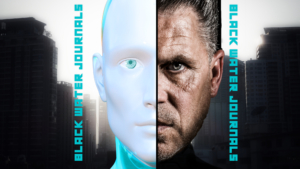