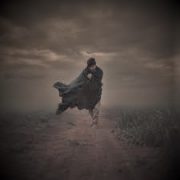 I am a creation of author P.J. Greystoke and will star in my own novel, but until that day, P.J. Greystoke will be asking me various questions, asking for my views and opinions on various topics, and placing me in short situations to help him understand who I am.

You (the reader) can comment and ask me questions too and I will answer them honestly and fully.

Together we can build my personality and life history.

I believe that I am great. It led to my author asking me – What is greatness?

This is my answer:

Do the great people in society think of themselves as great, or is that left for the rest of us to decide once they are dead?

I mean take Gandhi, at what point did he stop what he was doing, eating probably, and think… You know what, I’m fucking awesome. People are going to remember me forever?

Don’t get me wrong. He’d have no argument from me. He is without a shadow of a doubt one of the greatest men that ever walked this planet.

Then again that’s only my opinion. I’m sure the British general who massacred all those women in India around the same time wasn’t a fan.

Maybe greatness is a measure of how much you inspire others?

If that’s true, was Adolf Hitler a great man?

Some people may think so, depends on where you live, but one man’s hero can be another’s nightmare. To the English, he was the stuff of nightmares, but I guess German children thought the same of Churchill (The former Prime Minster, not the insurance dog, though he scares me).

Children are great in the eyes of those who brought them into the world, so what happens over time to make them lose that sense that they can be anything they want to be?

Or is it a natural progression where they face the harsh reality of what life is and let go of their dreams and aspirations?

And are those great people I spoke of earlier, just the ones who slipped through the net?