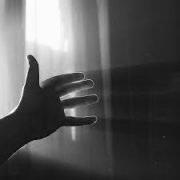 Dave closed his eyes, took a deep breath and rested his head on the driver’s side window; He welcomed the familiar incandescent waves from the radio, allowing them to wash right through him. It was a song that always meant so much – In times of trouble or deep emotional upset John Lennon would always show up with ‘Beautiful Boy.’

Life is what happens to you, whilst you’re busy making other plans.

His favourite song, normally his favourite lyric, though now it was particularly poignant, considering his recent ‘after life’ experience at Highfield High.

He started to drift into a reluctant slumber and his thoughts wandered back to Carolyn, the former teaching assistant. She had discovered that the assistant head was having an affair with a year 10 student, and was brutally murdered for her concern.

Dave had been just too late to save her and a sharp blow to the back of his head had nearly ensured that he would share her fate too, but somehow, he survived.

He shuffled uneasy in the driver’s seat. Tiny beads of sweat filled his brow and made their way down his face like they had a purpose.

In his mind’s eye, Dave was crouching down over the mangled bruised and battered body. The face had been caved in to such an extent that identification was impossible, but he knew who it was.

One eye was closed, the other locked in a perpetual bloodshot stare of terror. He slowly reached his hand forward and toward her face…

The closed eye suddenly snapped open and the congealed flesh and bone below the space where her nose should have been rapidly formed itself once more into a mouth.

He snatched his hand back.