I had an idea for a short story today which I thought I’d share with you.

The story isn’t yet complete, there are a few directions it could go  in but i would welcome any comments and suggestions you may have.

Till next time x

Ten minutes of banging on the door, the fifteen or twenty times he’d yelled at the upstairs bathroom window that was slightly ajar and the countless missed calls to her mobile had prevailed nothing but an ear piercing silence.

Jack Grundy was too tired even to cry. He turned and slid down to the front step, exhausted. Looking across the street he could see that he wasn’t completely invisible, only to those he wanted to reach it seemed, neighbors curtains twitched, the odd face popped out to see what all the commotion was about before retreating into the comfortable camouflage that their darkened rooms provided.

Dorothy Evans, the street busybody made the excuse of coming out to check her car was locked. Maybe she was hoping Jack would spill his guts and tell her everything complete with spell check and grammar correction so she could relate it to the rest of the neighborhood the following day; this hot off the press Jack says “Fuck off Dot; it’s none of your goddam business!”

She simply smiled sympathetically, paused for a second as though she was trying to find the right words then walked back into her home.

It was 2am and the welcome doormat he’d purchased two years ago, the one upon which he now rested had become somewhat of an ironic note to self.

A patrol car slowly approached, lighting up the houses and the previously hidden neighbors gaping faces as it drew near.

John Hobbs the local PC got out spoke into his radio before clipping it to his belt and taking out a flashlight. He shone it on the house first surveying the area, probably checking for signs of physical disturbance before shining it in Jacks face, forcing him to raise his elbow in front of his eyes to stop him from going blind.

“Can I ask what you are doing here sir?”

Jacks mind processed a multitude of possible responses everything from “Yes I appear to have lost my key” to “Sod off PC Plodd it’s none of your goddam business either.”

In the end he felt honesty was the best answer.

“I live here officer. My wife and I had a kinda disagreement and I guess she’s not feeling like the forgiving type tonight.” He shrugged his shoulders.

“Have you been drinking tonight sir?”

Jack looked almost offended “No, why?”

“This house hasn’t been lived in for over two years” he shone the torch on the house “look.”

Jack turned slowly to follow the direction the beam was facing. The door he’d been banging on only moments ago was covered by a huge wooden board, as were most of the windows in the house too. He stepped back not believing the evidence his own eyes presented. “It can’t be… I was just…”

He looked pleadingly at the officer who gently ushered him into the back of his patrol car. Jack offered no resistance.

A pair of sad eyes watched from the upstairs window as the car pulled away. 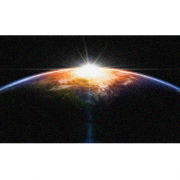 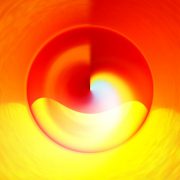