Last week I shared some free form that led to the creation of a lead character in my latest novel The trouble with Time Travel. Today a section from the book itself. At this point Arran and Molly two children and friend to the brilliant professor Fidget are playing in a strange device they believe to be a futuristic hover craft, this is the moment they discover they are in fact sitting in a Time Machine…

But wait, something was different.

The professor was sitting at her desk reading a book. ‘We’re in trouble now’ said Arran. ‘Sorry professor’ he said, ‘It was Mollys fault, I told her I wanted to go to bed but then she hit me with a teddy and so I switched on the light and now we’re in your hovercraft’.

The professor didn’t even look up from her book. ‘see what you’ve done?’ said Arran ‘the professor cant even look at us, I’ve never seen her this angry’.

The basement door opened and in walked John their father. ‘Dad’s here’ shouted Molly ‘shh’ replied Arran, he paused. ‘Wait a minute, he’s ignoring us too’.

John walked across the room, without so much as a glance toward the children and slammed his briefcase down on the professors desk, she put her book down and began speaking with their father.

‘He cant of not noticed us’ said Arran. ‘He’ll notice if we stand right between them’ snapped Molly who refused to spend too long in any situation she didn’t understand, with that she turned round and attempted to get out of the time machine ‘Ouch!’ she yelled as her head started to throb, there was an invisible wall surrounding the whole machine, soundproof and inescapable. ‘I cant get out’ Molly shouted.

Arran wasn’t paying any attention he was much more concerned with what was in the machine itself, ‘Molly look’ said Arran pointing at the dashboard. Directly under the picture was a digital display it read DESTINATION 8 HOURS 32 MINUTES INTO THE PAST HOVER MODE ENGAGED.

‘Oh my goodness’ said Arran it’s a time machine, Professor Fidget has invented a time machine!’ Molly turned to look at the display in disbelief, then turned to face her brother. ‘I mean I’d have preferred a blue police box that was bigger on the inside, but still, a time machine’. MATERIALIZATION IN 20 SECONDS appeared. ‘Twenty seconds?’ shouted Arran ‘Its counting down’

‘what do we do?’ Molly’s attention was firmly fixed on her father who was now looking right at her from the other side of the room ‘dads stretching out his arms, he’s walking this way. Arran he knows we’re here!’ Arran was still looking at the display.

‘Molly do something’ ‘Oh yea. I’m quite the time traveller, I know exactly how these things work’ Molly shouted sarcastically as her father drew closer.

‘If we end up landing in Jurassic Park your getting eaten before me!’ snapped molly as she finally came to press the same green button that had transported them there in the first place. The display changed, FLIGHT MODE, the time machine began to vibrate and the laboratory disappeared from view. Almost immediately they found themselves back where they started from. 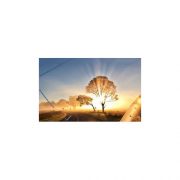 The Reason
Scroll to top