Actually in June. One of the stories ‘The Room’ in the original SleepTalker raised a lot of questions about the stalker. The sequel delves into his rather disturbing backstory. Here is a wee snippet:

Back When Sophie Was Alive

What is it about staring into another person’s eyes that makes them feel like you are a threat, like you – given the chance – would gladly reach into their chest, tear away the paper flesh, pull out their still beating heart and take a bite?

It would taste so good.

She’s scared. I can tell.

I feel the adrenaline rush whenever I’m near. Her pupils enlarge. Her smile, forced to hide the fear.

It’s not as though she’s my real mother anyway.

Dad used to take me hunting when I was younger.

My real dad that is.

We started with rabbits.

Dad had vegetables. Turnips and carrots and well, you know what vegetables are. He had turned our garden into a sort of allotment after mum died.  Got rid of the tree with the swing on it and dug up the whole thing.

He hated the rabbits though. They used to come in and eat what we grew. We stayed awake at night with dads pellet rifle poking through my open bedroom window just waiting for the ‘scruffy little bastards’ to show their stupid faces.

First, he taught me to shoot, then to go down when the gun didn’t finish the job. Twisting the neck was the fastest way.

I still remember the first one. Lying there, bleeding next to a half-eaten carrot. It was desperately trying to get up, frantically waving its front paws as I walked up the garden path toward it. I had a shovel in my hand. Dad told me that the kindest thing would be to cave its head in.

I stood over it and dropped the shovel.

There was something in her eyes. She had stopped struggling and just stared at me. There was a moment of pure understanding. She knew that her life was in my hands. I picked her up, placed my quivering hand around her tiny neck and very slowly started to squeeze. She didn’t even struggle.

It was almost as though she knew that her life’s destiny was to help me realize my own.

We ate her that night. I skinned her and chopped the body parts.

I kept the eyes.

Sophie was afraid of the dark.

Her father couldn’t bear to see his little angel cry so kept the light on in the hallway at night.

It was wrong. He knew it was wrong. His years of training told him it was wrong. The words ‘Classic Avoidance’ rang out in his mind every time he flicked the switch and kissed his daughter goodnight.

On the rare occasion that he did wake in the early hours, turn the light out and go back to bed he’d hear his daughters’ feet pitter patter across the hallway. The landing light would shine once again, through the crack at the bottom of his bedroom door.

It made him smile.

Do you think life has its own heartbeat?

All of the instruments meandering through their lives. Obliviously providing rhythms, melodies and counter melodies.  Some going fast, some slow. Some weak some strong. If you listen carefully enough you can hear a single over riding pulse – a heartbeat.

You probably can’t. It takes a special person to be able to hear that.

To keep the symphony going. To know when instruments should be allowed to sing and when others have reached their full potential and are permitted to die.

Sophie was a caring girl, perhaps too caring. She could see the good in anyone. She believed that a person’s natural state was one of peace and love and it was a harsh environment that changed people into the less than desirable creatures that brought destruction and pain upon others.

There’s a guy moved in next door. Same age as my daughter. He’s in some of her classes at school. He’s an orphan, I think. The rest of the kids think he’s some sort of freak but not my Sophie.

She’s made a beeline for him. Anything for the hard luck cases in life.

I remember when my mom – My real one – tried to stop me from seeing Dad. She got some sort of sick pleasure from torturing him. All he wanted was to see me, to take me for the weekend.

Dad was gutless. Wasn’t his fault. Just who he was. She said jump and he’d cry.

“You’ve done it now Pete.” She’d say. “You can kiss goodbye to seeing your son this weekend.”

Dad argued but whatever mom said went. And after a few choice words dad went right out the door.

The last time, after mom came back in from smoking a cigarette in the garden, she sat me down and told me what a waste of time Dad was and how he didn’t want to see me.

I smiled and made her a special hot chocolate which she gratefully drank.

I expected her to shout and violently thrash about but she just slept.

If you want to read the original story before SleepTalker 2 comes out, you can still buy SleepTalker on Amazon: 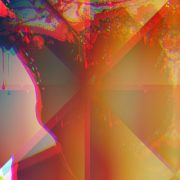 Into The Mind Of A Murderer 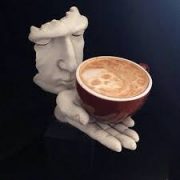 Don’t Turn Out The Light